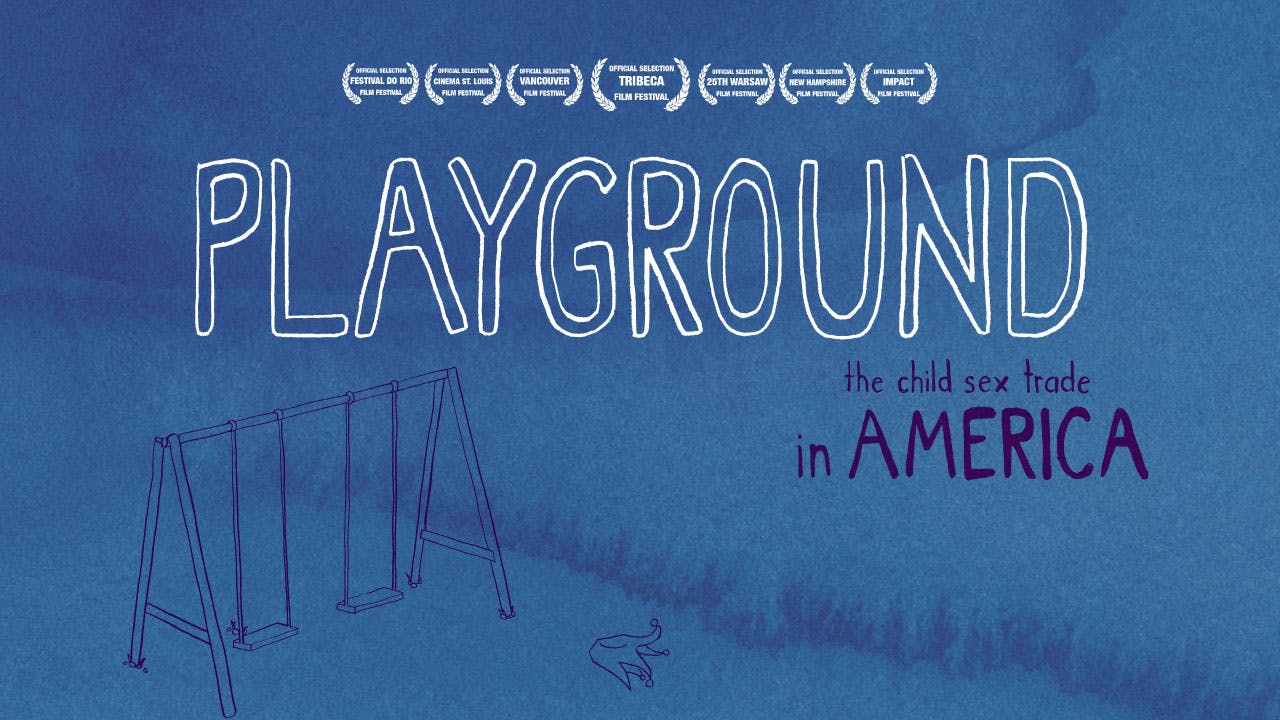 PLAYGROUND is now available to stream and download, along with two bonus videos: Jessica's Story and the original trailer. See details below.

The starting price for this groundbreaking film is $12.99. All proceeds above this amount directly support Nest Foundation’s efforts to educate young people about sexual exploitation and trafficking, engage communities in meaningful discussion, and provide immediate assistance to victims of CSEC across America.

Your extra contribution, big or small, is fully tax deductible. To purchase your copy of PLAYGROUND, please click "BUY $12.99" and use the slider to enter the amount you would like to pay. Thank you for being part of Nest Foundation.

About the film:
The sexual exploitation of children is a problem that we tend to relegate to back-alley brothels in developing countries, the province of a particularly inhuman, and invariably foreign, criminal element. Such is the initial premise of Libby Spears’ sensitive investigation into the topic. But she quickly concludes that very little thrives on this planet without American capital, and the commercial child sex industry is certainly thriving. Spears traces the epidemic to its disparate, and decidedly domestic, roots — among them the way children are educated about sex, and the problem of raising awareness about a crime that inherently cannot be shown. Her cultural observations are couched in an ongoing mystery story: the search for Michelle, an American girl lost to the underbelly of childhood sexual exploitation.

Executive produced by George Clooney, Grant Heslov, Steven Soderbergh, and Abby Disney and punctuated with poignant animation by Japanese pop artist Yoshitomo Nara, PLAYGROUND illuminates a sinister industry of unrecognized pervasiveness. A comprehensive revelation of an unknown epidemic, PLAYGROUND has been called essential viewing for any parent or engaged citizen.

Eight years ago, Jessica escaped the nightmare of sexual abuse and trafficking that she'd lived in since she was just six years old. As one of hundreds of thousands of children who are sex trafficked in the United States, Jessica had few visible resources to turn to as she sought escape. Limited help and significant stigma contributed to her protracted nightmare so when she finally got out, she knew she had to help other girls do the same.

Now in her twenties, Jessica is rebuilding her life and supporting girls and women at a Los Angeles based organization that provides resources to survivors of abuse and trafficking. Watch as she shares her story with artist and activist Lydiaemily Archibald, who paints a large mural on a forthcoming community center in LA's infamous Skid Row to capture Jessica's spirit and resilience. In a community where the sexual violence of women and girls has become routine, this piece serves as a beacon of hope and empowerment.